EurekaFacts provided the U.S. Department of Energy (DOE) with a comprehensive, organizationally sensitive, and mission-driven understanding of organizational and safety climate. EurekaFacts developed and administered a survey that measured employee perceptions associated with the organizational climate and Safety Conscious Work Environment (SCWE) at the Hanford nuclear site. The survey focused on safety culture and SCWE attributes aligned with DOE Integrated Safety System Policy (ISSP). EurekaFacts designed the survey in accordance with DOE and commercial nuclear industry best practices associated with the evaluation of safety culture.

EurekaFacts provided recommendations for organizational climate improvement program implementation. EurekaFacts developed 40 organizational-specific breakout reports. Survey findings were presented during oral briefings for the management of main organizational units and in a presentation to stakeholders. Read an article about this survey published in Tri-City Herald. Read the full report. 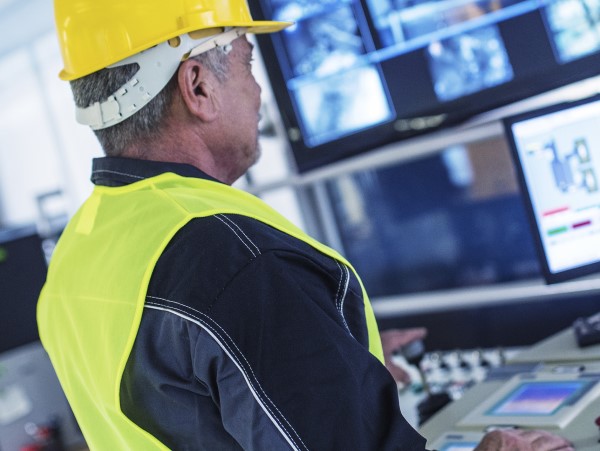 Hanford scored better than similar organizations on a just-completed employee survey about the nuclear reservation’s organizational climate. The survey looked particularly at employee’s opinions about how safety was managed at the site, including whether they could bring up safety concerns without fear of retaliation. Results were released Tuesday to management and employees of DOE and its contractors and were posted at www.hanford.gov.

“I think the findings show the Hanford site, including both parts of the organization, are actually doing very well,” said Peg Anthony, an organizational consultant for EurekaFacts, which DOE hired to conduct the survey. Hanford is divided into oversight under the DOE Richland Operations Office and the DOE Office of River Protection. On a scale of 1 to 5, with 5 being the top, no areas fell below a 3.5, she said.

Hanford employees were asked eight questions typically asked at similar organizations, such as engineering companies. On five of those questions employees scored Hanford significantly better than the national norm, Anthony said. Employees said they did not have to sacrifice quality to meet deadlines, and priorities did not change so frequently they had trouble getting their work done. They also said they were comfortable expressing opinions within their immediate work groups.

Findings also were strong on items that indicated outcomes that Hanford wanted to achieve, she said. Employees felt their organization could be trusted to protect workers, the public and the environment. They said they would recommend it as a good place to work and that the work environment had improved during the last year.

How well workers thought senior management was performing also received positive marks, although the results were not quite as strong, she said.

During the next few weeks, individual work units will look at the survey results and pick a few areas to improve, Anthony said. The survey was done in part to produce a baseline that could be checked again to see if improvements are made.

One of the lower results in the survey was employee attitudes toward staff recruitment, retention and development, which likely was the result of uncertainty from Hanford layoffs during the last two years. There also is room for improvement in employee confidence that they can question how work is done and that there is an effective way to address problems. But even those areas of the survey were favorable, Anthony said.

The survey was done partly in response to concerns raised about the Hanford vitrification plant and resulting assessments that have shown the importance of establishing and maintaining an environment of trust and continuous improvement, DOE said before the survey was conducted in May.

In addition, DOE added safety culture attributes to its Integrated Safety Management System Guidance a year ago, which established new guidelines for federal and contractor employees. The survey was conducted in June with 6,532 Hanford employees returning completed forms.