The flu is nothing to sneeze at. According to the CDC, influenza can cause anywhere between 3,000 and 50,000 deaths per year in the U.S., depending on the virus strain. The 1918 flu pandemic, commonly referred to as the Spanish Flu, killed 50 million people worldwide, many of whom were young and healthy.

Researchers at EurekaFacts analyzed data to examine how different beliefs and behaviors are related to one’s decision to get the flu vaccine. Findings tell an interesting story. 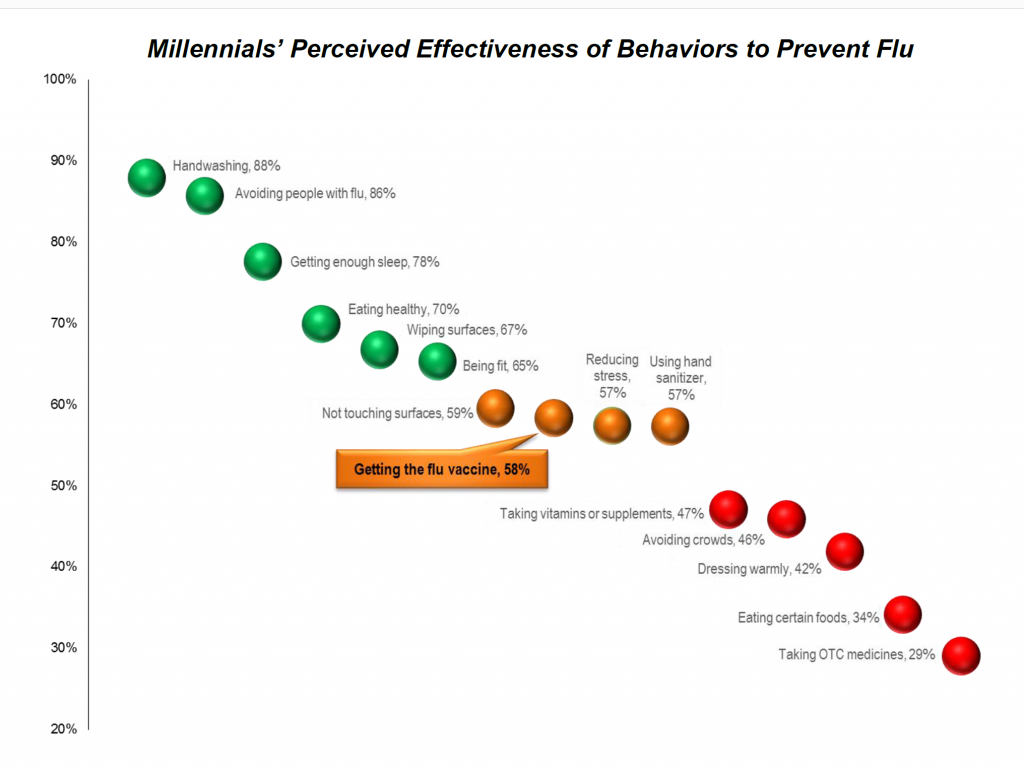 Compared to getting the flu vaccine, millennials consider many strategies to be more effective at preventing seasonal influenza. Washing hands, as well as avoiding people with the flu, were rated among the most effective methods for prevention (considered “very effective” or “effective” by 88% and 86% of respondents, respectively). Getting enough sleep, eating healthy, being fit, and wiping surfaces with disinfectant were also considered to be more effective in preventing the flu compared to getting vaccinated. Reducing stress, using hand sanitizer, and avoiding touching surfaces in public places (like a doorknob) were perceived to have about the same effectiveness in preventing flu as the flu vaccine. 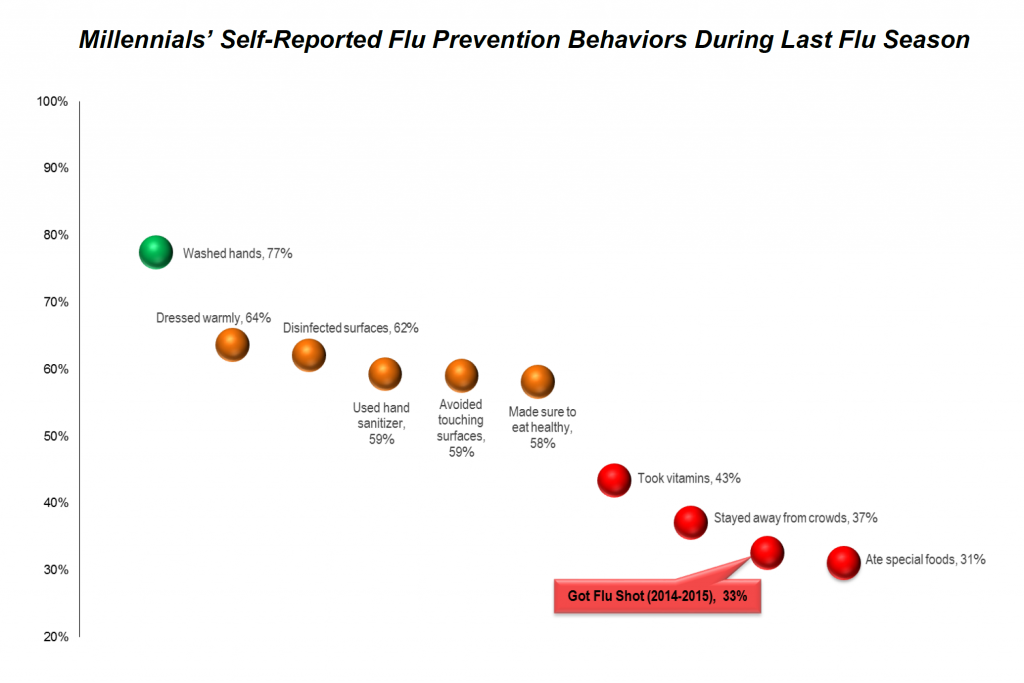 When asked about behaviors they performed specifically to prevent catching the flu, only one-third (33%) of millennials surveyed reported getting a flu shot during the last flu season. This is consistent with findings from CDC that an estimated 32% of adults ages 18-49 received the flu vaccine during the 2013-2014 season. On the other hand, almost twice as many respondents in our survey said they dressed warmly or disinfected surfaces for the purpose of flu prevention. The percentage of millennials who reported getting a flu shot in order to prevent the flu was similar to the percentage of millennials who reported eating special foods (more oranges, anyone, or perhaps garlic?) and staying away from crowds.

Need to know about your customers’ behaviors today?

We’ve got you covered. If you need quick answers and expert advice now, let us know you’re ready to get started. We’re prepared to help you understand your customers every step of the way.