Predictors of Voting in the 2014 Midterm Elections 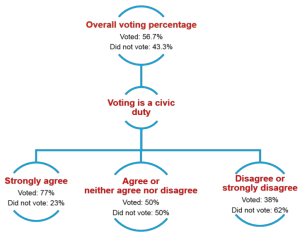 The belief that voting is a civic duty was a key predictor of voting among millennials in the 2014 elections. Those who strongly agreed that it is their civic duty to vote were much more likely to vote than those who held weaker beliefs. Even millennials who agreed with the statement that voting is their civic duty, but did not agree strongly, were significantly less likely to vote than those who strongly agreed.

Takeaway: Convincing millennials that voting is a civic duty is the most direct way to get them to the polls. While it is commonly believed that civic education occurs in schools, American schools are increasingly diverting resources away from social studies and towards other subjects(1). To convince millennials to vote, it is vital that civic education takes place outside of the classroom and the importance of voting as a civic duty is emphasized. 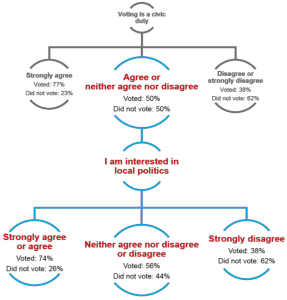 All politics are local

Takeaway: Particularly among those who do not feel a civic duty to vote, engaging millennials in local politics may increase their voter turnout. 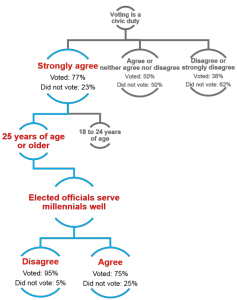 We can now project a winner…

Among older millennials (over 25 years of age) who strongly believe that voting is a civic duty, those who feel that elected officials do not serve their generation’s interests well are extremely likely to vote. In fact, with 95% of them reporting casting a ballot in the 2015 elections, they are the single most likely group to vote. 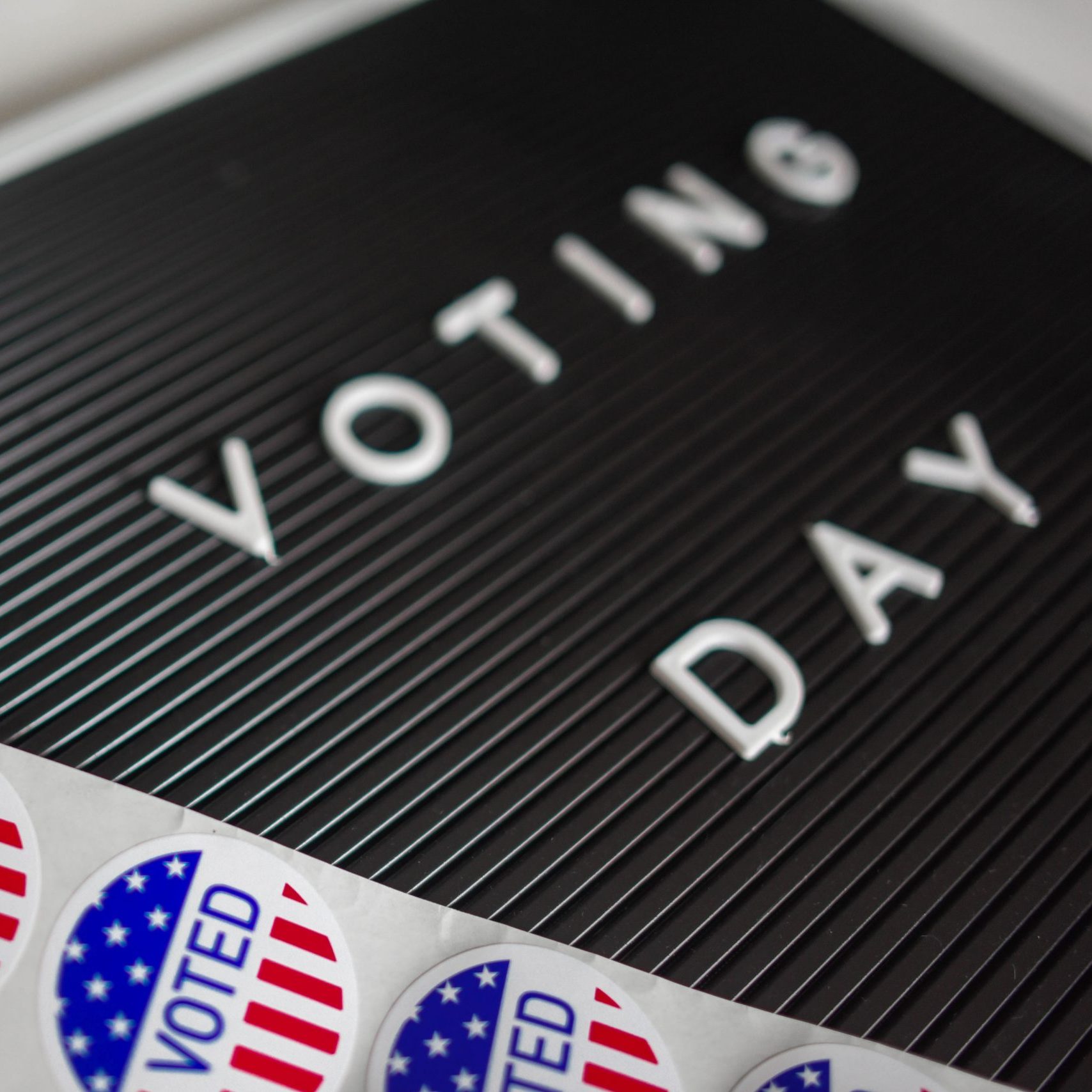 Need to know about millennials today?

We’ve got you covered. If you need quick answers and expert advice now, let us know you’re ready to get started. We’re prepared to help you understand millennials every step of the way.

The findings are based on a survey of millennials recruited from the EurekaFacts Millennial Panel. The EurekaFacts Millennial Panel is an opt-in panel of over 22,000 respondents, ages 18 to 34, recruited through a variety of outreach methods. The final sample size for the current survey was 1,028. The data were weighted to reflect U.S. population parameters for millennials using the most current American Community Survey (ACS) data. The findings presented here are based on CHAID analysis of respondents who were registered to vote in the 2014 Midterm elections.