EurekaFacts, in support of the Center for Tobacco Prevention and Control (CTPC), aimed to understand the knowledge, attitudes, and behaviors regarding tobacco use and cessation services among the Baltimore Metro Area’s lesbian, gay, bisexual, transgender, and queer (LGBTQ) communities.

Risky behavior at an earlier age

Compared to the general population, there is a higher prevalence of tobacco use among LGBTQ communities. Several studies have noted the prevalence of smoking in the LGBTQ communities including traditional use, electronic cigarettes, and hookah. [1] As illustrated by data from the Growing Up Today Study, lesbian/gay and bisexual youths aged 12 to 24 who started smoking at younger ages were not only more likely to be current smokers, but also expressed a higher frequency of smoking in comparison to heterosexual youths. There is also evidence that people who identify as bisexual engage in more risky behaviors related to smoking and at an earlier age. [2] [3] [4]

Using data from the Washington State Behavioral Risk Factor Surveillance System from 2003 to 2007, a path model of risk and protective factors identified a variety of individual and social risk factors that have contributed to increased tobacco use within the LGBTQ communities. These factors include mental health, life dissatisfaction, alcohol use, exposure to tobacco marketing, and single relationship status. [5]  This finding was reinforced by another study that found LGBT-based victimization, psychological distress, and support from a significant other were associated with cigarette smoking and predicted future smoking, while family support was negatively correlated with smoking. [6] Smoking was also found to serve as a coping mechanism for victimization, [7] as commonly experienced by the LGBTQ population.

Perceived as part of the culture

Likewise, a 2011 study showed that environments that were more supportive of LGB youth were associated with reduced tobacco use. [8] Furthermore, highlighting that smoking is ingrained in the LGBTQ culture, a 2010 study evaluating focus groups with LGBTQ individuals who were former smokers, non-smokers, and current smokers noted the perceived relation of smoking with freedom, gay identity, and relating to peers. [9]  A study from 2007 found that over one-third of young smokers in the LGBT social scene did not know any non-smokers who were also LGBT. [10] Most LGBT organizations do not perceive tobacco use to be a priority issue, which may be partly due to the fact that 22% of organizational leaders receive funding from the tobacco industry. [11]

The study had several benefits to study participants, as well as to the general society. Study participants had the opportunity to identify thoughts and feelings about tobacco use unique to the LGBTQ communities in this geographic area. The research also assessed similarities and differences among the group. For example, the participants addressed health concerns impacting the LGBTQ communities and evaluated risk reduction strategies that can be used in their lives. Participants had a better understanding of the impact of social and structural influences on their behaviors, as well as the effects of social identity on tobacco use. In addition to the benefits to the study participants, the study impacted society by increasing awareness of the dangers of tobacco use and strengthening the capacity within LGBTQ populations.

CTPC utilized information gained from this research study to guide program direction and create tobacco prevention and cessation campaign materials. CTPC also created resources for members of LGBTQ communities, healthcare providers, and other relevant stakeholders in Maryland. The results of this study may also be used to guide programmatic direction and development of health communication materials and resources to better reach LGBTQ populations. Through these findings, CTPC has better insights to help them to decrease the prevalence of tobacco use and tobacco-related death and disease, to ensure equal health care access, and to increase cessation options to a population experiencing vast health disparities. 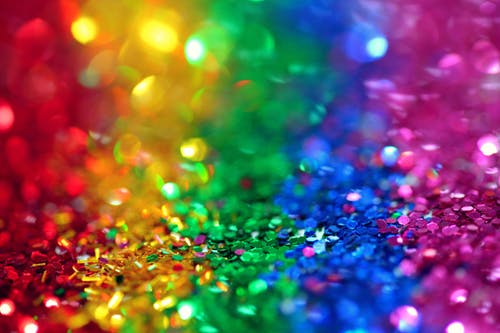