Segmentos is the most comprehensive method to understand Latino communities in the US. Segmentos is designed to help businesses and community organizations navigate the complexities of the Latino market. Segmentos data helps you gain a more holistic view of your consumers and clients. Smart targeting with Segmentos is highly cost-effective.

Marketers are constantly challenged with finding ways to better understand and target Latino audiences. The Latino demographic encompasses people from more than 20 countries with widely varying degrees of acculturation, household structure, affluence, and education. Latinos are highly concentrated in 10 states, but segments can be found nationwide.

Latino- and Hispanic-Americans are the second-largest ethnic group in the United States, 58.9 million people or 18.1% of the national population, and of them, 47 million are American citizens. 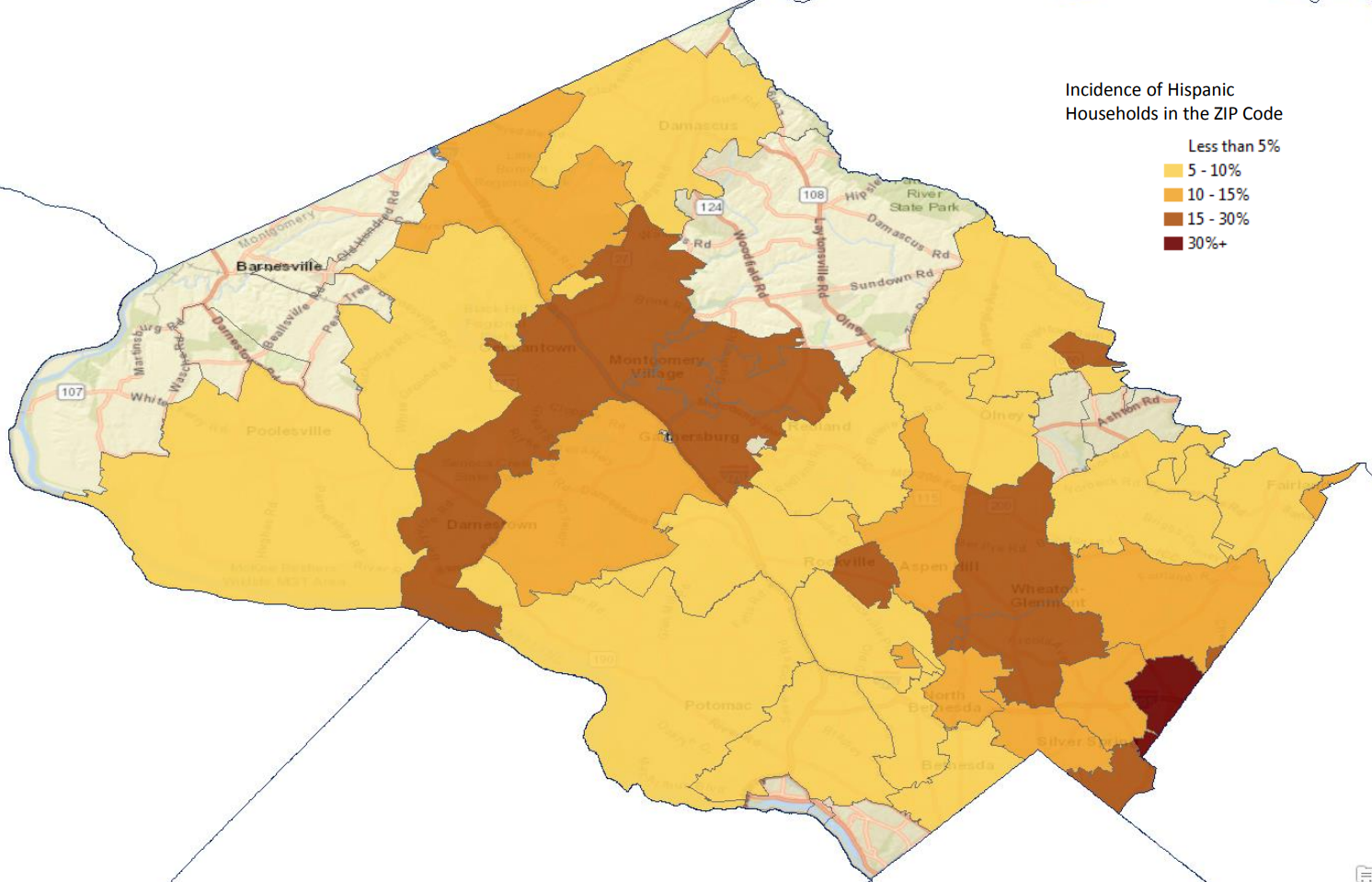 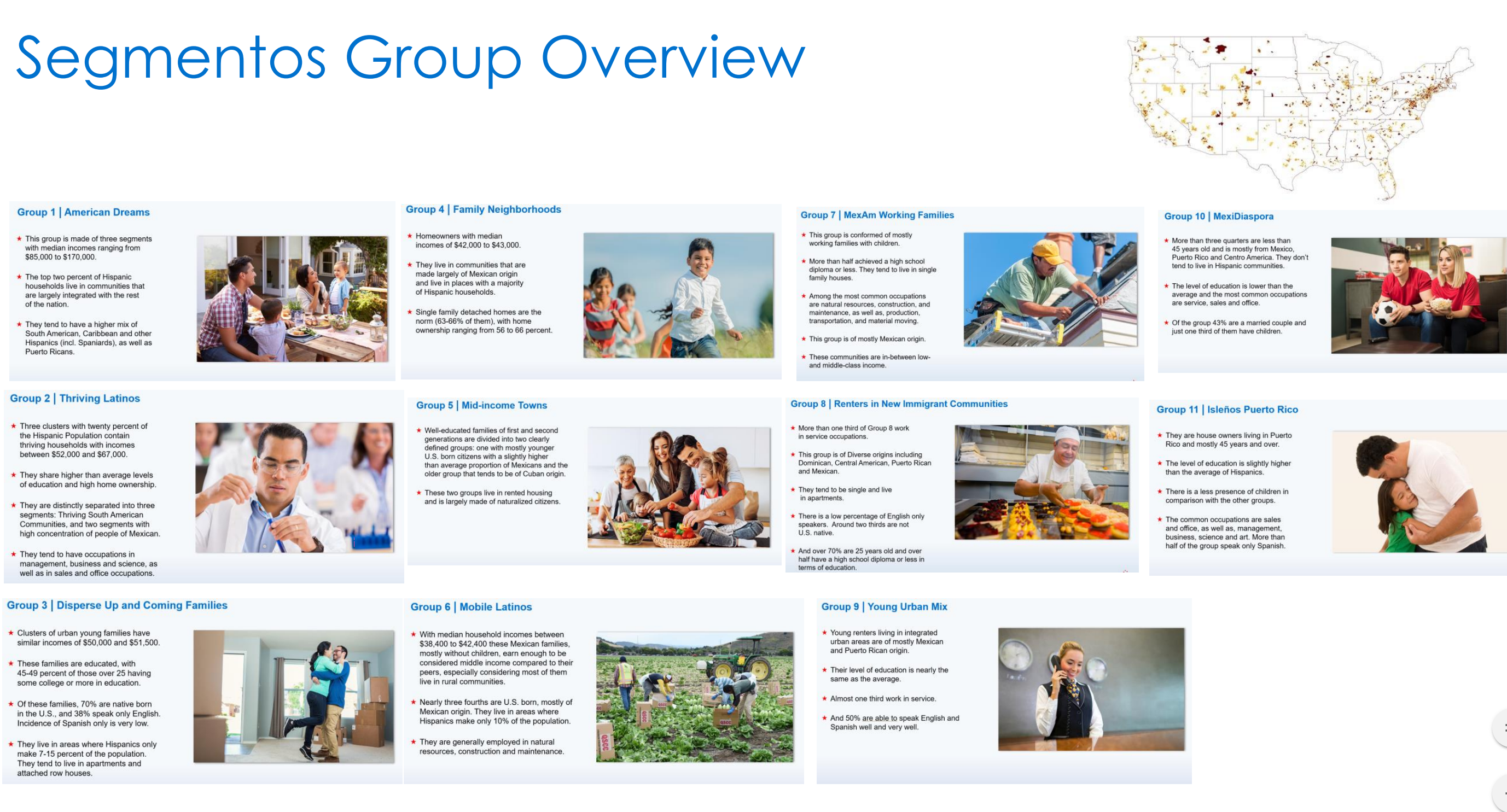 What is geodemographic clustering?
Geodemographics is the study of the population and its characteristics, divided according to regions on a geographical basis. This involves application of clustering techniques to group statistically similar neighborhood and areas. The main source of data for this study is the Census.

Is Segmentos a database?
No, Segmentos looks at Census data and makes clusters of statistically similar neighborhoods and zip codes. Segmentos can look at zip codes in your database and let you know which of the 10 Segmentos groups your customers, clients, or members belong to. Segmentos can also suggest areas in the US where you can find prospective customers that are similar to your current customers.

Is Segmentos data available?
Segmentos data may be used along with other data. The underlying Segmentos data is available for statistical analysis, as well as in GIS databases. EurekaFacts can dynamically assign Segmentos profiles to your customer files.

What kind of information does Segmentos provide?
Segmentos delivers complete profiles that include the average demographics for Latinos in the community inclusive of affluence, home ownership, dominant family structure, occupation, and more. Segmentos also delivers the language preferences, national origin/culture, and concentration in their community. Expenditure profiles, media preferences, and more detailed information can be added as well.

How can I buy Segmentos and how much does it cost?
Complete the Bid and Info Request form and EurekaFacts will help you right away.